Manu Chao’s highly-anticipated return to the U.S. kicks off later this month in Boston and ends with a major co-headline set at the Austin City Limits Festival. Manu Chao’s 2011 “La Ventura” tour will also include his debut performances in Miami, Charlotte and Atlanta.

The global star’s most recent release is the double live CD/DVD set, ‘Baionarena.’ The DVD features the concert in its entirety as well as bonus material, including the ‘La Radiolina’ music videos, exclusive photos and a 30-minute behind-the-scenes video tour diary entitled “Carnet de Voyage.” The diary follows Manu Chao and Radio Bemba along their adventures across the globe, from Austin City Limits to Glastonbury and Mexico to Russia.

The live album was recorded in Bayonne, France; among the concert’s 33 tracks include classics like “Clandestino,” “La Vida Tombola,” “Mala Vida,” “La Primavera” and “Welcome to Tijuana.” The live album is the follow-up to the Latin Grammy-winning studio album, ‘La Radiolina,’ which has been certified Gold and hit number one on the Billboard World and Latin album charts.

‘Baionarena’ takes the spirit and success of ‘La Radiolina’ to an entirely new dimension as explosive energy is shared between the band and thousands of fans. ‘La Radiolina’ has now sold over a million copies worldwide, taking Manu Chao on a two-year world tour. In that time, Manu has performed in front of several million people, including an extensive sold-out U.S. tour and more than 100 festival headline dates from Russia to Coachella and Bonnaroo. 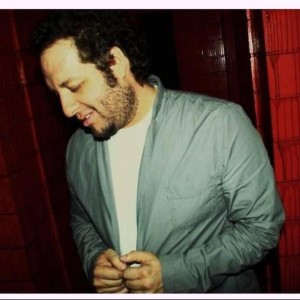